Dieback in Landscape Trees – Could it be Verticillium Wilt?

The stress of hot, dry conditions in midsummer can prompt leaf scorch in many landscape trees. However, extensive canopy dieback or tree collapse, particularly on one side of a tree, may indicate Verticillium wilt disease.  Numerous cases of this vascular wilt disease have been confirmed by the UK Plant Disease Diagnostic Laboratory (UK-PDDL) in recent weeks.

Verticillium wilt can affect a wide range of ornamental trees and shrubs, resulting in branch dieback, decline, and eventual tree death. Since numerous environmental stresses, including heat and drought, can result in similar symptoms, lab confirmation is recommended. County Extension agents can assist in preparing a sample for submission to the UK-PDDL. While there is no cure for Verticillium wilt, proper plant care may prolong the life of infected trees with mild symptoms.  Furthermore, a confirmed diagnosis of Verticillium will assist homeowners and landscape professionals in making the best choice of tree or shrub for replanting 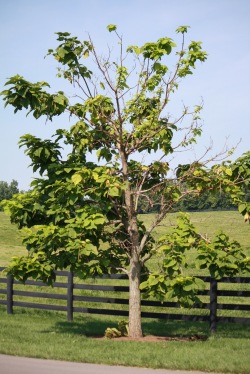 Figure 1: Dieback from Verticillium wilt may appear scattered throughout the tree or only on one side (as shown). (Photo: John Hartman, UK)

The life of plants with mild symptoms may be prolonged through the following plant care steps:

Plants with severe symptoms cannot be saved, and the following steps should be taken to avoid disease spread and further incidence. 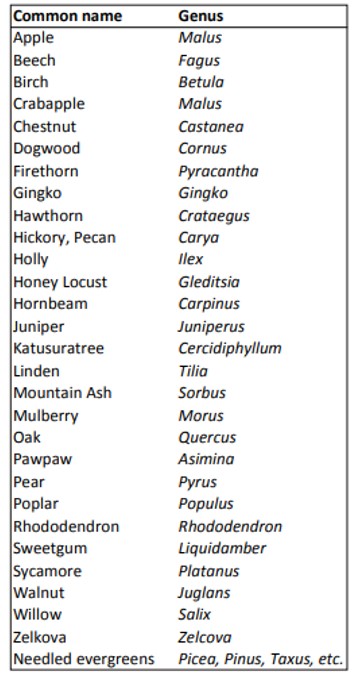