Spotlight on the Spotted Lanternfly

The spotted lanternfly has joined the increasingly long list of invasive species that have become established in the U.S. First detected in Pennsylvania in 2014, the known infested area includes several counties in the southeastern corner of that state (map).  This sap-feeding insect can feed on many species of fruit, ornamental, and woody trees; tree-of-heaven is one of its preferred hosts. This insect can be spread easily on infested plant material or items containing egg masses. 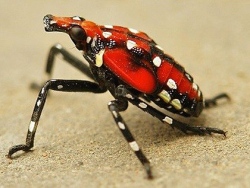 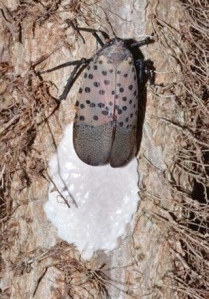 What to do if your suspect you have found this insect

The spotted lanternfly is not known to occur in Kentucky but is easily transportable. Collect suspected specimens of the insect and