Last season, sweet sorghum on many farms in numerous counties was ruined by the sugarcane aphid (SCA) (Figure 1). The first ever detection of SCA in Kentucky occurred in Fulton County in early August 2015 on grain sorghum. This new pest quickly spread to other counties in parts of the western and central regions of the state.  It was not reported from the northern or eastern parts of the state. Last year, a Section 18 crisis exemption was issued for Transform to control SCA on grain, forage, and fodder sorghum, and a Section 2(ee) was issued for Sivanto for SCA on those same types of sorghum.  Transform and Sivanto are two new insecticides that have been shown to provide effective control of this pest; other insecticides labeled for generic aphid control on sorghum do not provide the same level of control.  However, these same insecticides are not labelled for sweet sorghum. In order for a pesticide to be used on sweet sorghum, it must specifically list ‘sweet sorghum’ as a use on the label.  This leaves sweet sorghum producers without an insecticide to control this new pest. 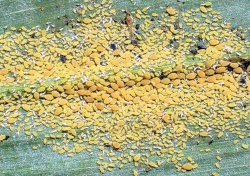 Figure 2. Most sweet sorghum in Kentucky is grown on small-acreage fields of two acres or less. (Photo: Ric Bessin, UK)

SCA is a new pest of sorghum in the U.S.; it was first reported in Texas in 2013.  This aphid builds up rapidly on sorghum and can kill plants through removal of plant sap with its piercing-sucking mouthparts.  Greenhouse studies at Kansas State University have shown that SCA populations can double every 1 1/2 days.  While there are many insect predators and parasitoids that attack SCA, they are often too late to prevent serious injury.

Figure 3. Concentration of juice to make sorghum syrup requires additional pesticide residue testing to label pesticides for this crop. Residues in the juice potenially can increase as the water is removed to make syrup. (Photo: Ric Bessin, UK)

SCA overwinters as nymphs and adults on green leafy material of its hosts. SCA hosts include sorghum, sweet sorghum, Johnson grass, Sudan grass, pearl millet, and broom corn.  None of these plants remain green in Kentucky throughout winter, so this pest must recolonize our state each year from southern regions. Last winter in Texas, Johnson grass remained green south of Dallas, so SCA overwintering was restricted to south of Dallas. When SCA arrives in Kentucky has important management implications; early arrival will make management on sweet sorghum more difficult, but late arrival may allow early harvested sweet sorghum to escape serious injury. There is resistance to SCA in some grain sorghum varieties, but not with sweet sorghum. Early planted and earlier maturing hybrids that allow for early harvest may reduce exposure and losses to SCA. In some regions of the country that have short growing seasons, sweet sorghum is transplanted; this can also reduce exposure in the field.

There have been a diverse group of natural enemies observed attacking SCA, including various lady beetle species, hover flies, green and brown lacewings, and minute parasitic wasps.  Unfortunately these natural enemies often bring SCA populations under control after the damage has been done.  An untested, but possible, strategy with small sweet sorghum plantings would be to surround these plantings with a companion planting that will bring in natural enemies prior to SCA colonizing the field. An example could be the use of a strip of buckwheat planted around the perimeter of the field.

We do not have any effective insecticides for SCA on sweet sorghum.  This year, the Minor Use Pesticide Registration Project, IR-4, will begin studies to establish a tolerance for an effective insecticide to control SCA on sweet sorghum, but this research and submission to the EPA may take 3 years to result in an insecticide that producers can use.  At this point, we are exploring the possibility of securing a crisis exemption that would help sweet sorghum producers in the interim, but without residue data this may be difficult to obtain for 2016.